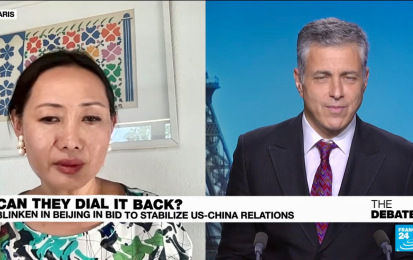 Is this the beginning of the end for Zero-Covid In China?

28/11/2022 London.  Is this the beginning of the end? Last week I had the pleasure of chatting with Kirsty Wark on BBC Newsnight about the impact of anti-zero-Covid protests in China. Today, the Chinese government announced sweeping easing of Covid controls. China is moving forward with Covid exist. It will be a difficult unknown experiment on a large scale. Will there be significant Covid deaths? Will there be more unrests? Zero-Covid accelerated China into a tightly controlled surveillance state. Will Covid-exist change the country in a different direction? 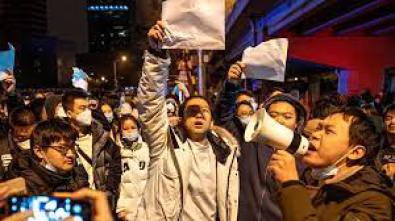 Large protests broke out throughout Chinese cities over the weekend after 10 people died in a building fire from which Covid-locked-in residents were unable to escape. 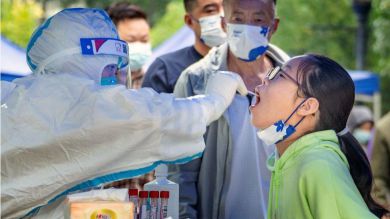 14/112022 London.  Delighted to be invited for a discussion on China's Zero-Covid policy with Cathy Newman on Channel 4 News. While the rest of the world is moving on from the pandemic, China's strict Covid policy is having a devastating impact on the Chinese economy, with 2022 GDP growth forecast at 3.5% - the lowest level since 1976 and youth unemployment is rising at 18%. The slow down in the world's second largest economy is also frustrating the growth of the global economy. With recent resurgence of record Covid cases, the hope for a Covid-exit has been dashed.
https://lnkd.in/eHZBhRGk 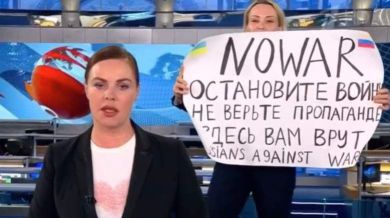 One Woman's Brave Protest Against Russia's War in Ukraine

Thank you for the #BBC for inviting me on the PM program to discuss Marina Ovsynnikova whose anti-war protest on Russian TV rocked the world. I was a protestor in Tiananmen Square more than 30 years ago. We took to the streets and risked our lives out of love for our country and the sense of duty to better China. I wonder whether that was on Marina's mind when she decided to stand up and make a difference. https://lnkd.in/eg6CCexR (17:50-18:00) 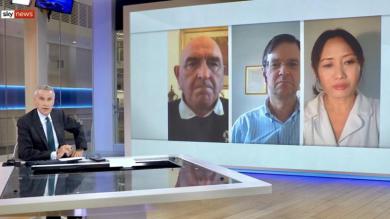 Delighted to join the foreign policy panel at Sky News with former UK ambassadors to Russia and Saudi Arabia. Whilst targeted sanctions might be effective for Russia and Saudi Arabia, any sanction against a Chinese company or an official would almost certainly trigger retaliations from Beijing. The UK would have to face painful choices when dealing with China. 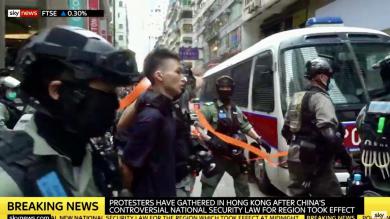 Is this the end of One Country Two Systems for Hong Kong?

Today is the 23rd Anniversary of Hong Kong handover and the day The National Security Law For Hong Kong comes into effect. Hong Kong is at a turning point. One Country and Two Systems is no more. Many international businesses are planning to relocate. 80% of US businesses in Hong Kong are concerned. UK offers citizenship pathways to potentially 3 million Hong Kong residents. USA is revoking special trade status for Hong Kong and considering sanctions. Will Hong Kong loose its priced crown as the financial hub of Asia or prosper with closer ties to mainland China? I join Sky News for a discussion. 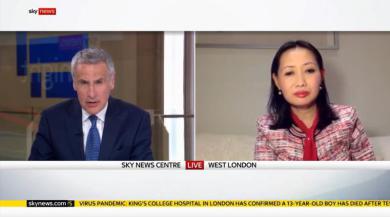 Will there be a Covid reckoning for China?

Will there be a Covid-reckoning for China?
Both the US and UK administrations have pointed the finger of blame at China while President Xi Jinping called on world leaders to strengthen their own Covid responses. China is sending medical supplies and experts to help other countries combat Covid19. Despite having shared swiftly of the sequencing of coronavirus, the pandemic has the potential to derail China's relationship with the rest of the world. 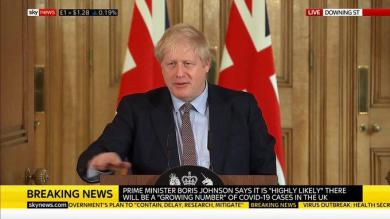 What can we learn from China in Covid control?

I was invited to speak on Sky News Coronavirus Global Emergency Special. While Covid19 is spreading globally, the virus is on the verge of being contained in China. No new cases have been reported outside Hubei Province for nearly two weeks. Lessons we can learn from China: 1. Rapid testing and isolation of infected parties are effective 2. Taking early and drastic measures can contain the spread of the virus 3. Economic downward pressure would be severe 4. Building up healthcare capabilities (more beds) as the virus could linger or return during the next flu season. 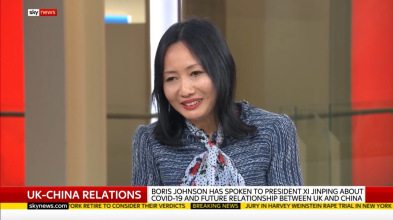 What kind of post-Brexit relationship does the UK want with China?

In a call to President Xi Jingping, Boris Johnson spoke of his support for China's fight against the coronavirus and the desire for a strong future relationship with China. Behind the scenes, the question of what kind of post-Brexit relationship the UK wants with China divides opinions. In the Trump-era, when the US-China relationship is on a decline, embracing trade with the world's second largest economy could agonise the USA. There are also opportunities for the UK to forge its own path in trade and relationships. The Chinese Ambassador to the UK Liu Xiaoming believes that both China and the UK have much to gain from a closer post-Brexit relationship. 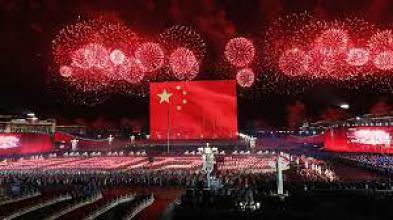 What is China celebratng on 1st October?

On 1st of October, a massive military parade will take place in Beijing to celebrate the founding of the People's Republic of China. She recalled growing up in China during the Cultural Revolution (1966-1976), she spent her childhood in a labour camp with her parents. The food shortage was so acute that there was nothing to eat but cabbages during the winter months. The butcher shop never had any meat for sale even if her family was given meat coupons. Today, China mints the most millionaires and billionaires each year, has built the world's longest railways, 137 folded its GDP. The life expectancy in Shanghai is now greater than that is in New York City. As China celebrates the most extraordinary achievement of our century, Diane and the panel discussed challenges facing a rising China, the Chinese Model and its implications for the rest of world. 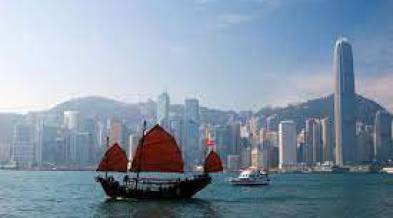 The Future of Hong Kong

The Hong Kong government has yield to public pressure and postponed indefinitely The Extradition Bill. The move came as a surprise to many observers of China. It was reported that Hong Kong's Chief Executive Carrie Lam travelled across the border to Shenzhen and met with China's Minister for Hong Kong before she made the surprising announcement. In Hong Kong many cheered the government back down as victory for the people. Some China observers believe the move is a manoeuvre aimed to defuse tensions ahead of a potential Trump-Xi meeting at the G20 at the end of the month. In the long term, "One Country, Two System" will inevitably erode as China exerts tighter control over Hong Kong. 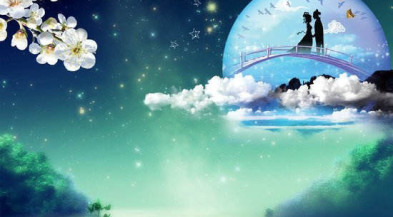 Qi Xi was a 2000-year old Han Dynasty fairy tale.  It was said that Zhi Nu, a goddess renowned for her weaving skills, went to the mortal world and met a cow herder named Niu Long.  They fell in love, got married and had two children.  When Zhi Nu’s mother, the queen mother of heaven, discovered their union, she became upset and angry.  She set her guards to take Zhi Nu back to heaven.

Niu Lang was heartbroken. An old cow that Niu Lang had once rescued revealed that he was actually a god injured in the mortal world and offered him his skin to fashion shoes that would fly Niu Lang to heaven.  When the cow died, Niu Lang went to heaven and tried to find Zhi Nu and their children.  The queen mother of heaven was determined to keep Niu Lang away from her daughter and used her hairpin to create a river of stars – the Milky Way – to separate the two lovers.

Their cries touched the magpies so much that thousands of them formed a bridge for the lovers to walk across the river. Eventually the queen mother of heaven relented and agreed to let the couple meet once a year on Qi Xi - 7 July, which they did with the help of magpies.

In recent years, Qi Xi had been moped into a festival called Chinese Valentine’s Day.